CONTROL OF THE HYDROELECTRIC POWER PLANT

Our story began with a request from the operator of the hydropower plant to modernise the control technology. The most important expectations of the new control system were availability, flexibility and scalability. References to similar installations played a role in increasing reliability and protection against failures. The system should also be open for future expansion. In this case, our choice clearly fell on the PCS 7 platform. Which technical solution did we choose and what are the most important advantages for the customer?

Our contract in this project included the replacement of the original control system of the 68.75 MVA generator set and the excitation system for the Khrami II hydroelectric power station in the central part of Georgia, southwest of the capital Tbilisi. Georgia is located on the border between Europe and Asia and is known for its beautiful landscape.

The Khrami II hydropower plant was commissioned in 1963. The original technologies were gradually modernised. The entire power of the plant is generated by two Francis turbines. The Khrami II NPP is part of the critical infrastructure system for the capital region of Tbilisi, among others, and is intended to serve as a source of start-up power in the event of a "black start".

The project was realised between 2021 and 2022 and is our largest reference of the company in the field of hydro turbines. The new control system is based on the redundant control system, which replaces the commercially unavailable and technologically outdated original control system. The supply of a redundant Basler DECS-450 generator excitation system was also included.

The project scope included project work, chief assembly for disassembly and assembly of the deliveries, creation of the software for PLC and HMI as well as testing and commissioning. All this using the plant's existing instrumentation and other downstream systems.

The new control system enables control of the water turbine, communication with the generator excitation, and protection and auxiliary technologies. It is based on a redundant AS 410-5H controller with remote I/O of the type ET 200SP HA, which is connected via redundant Profinet. A client-server architecture with an HMI server and client stations is used for the user interface.

The chosen technical solution meets the requirements for reliability through redundancy and also meets the current standards of the energy industry. The modernisation took place in two stages. In the first phase, the control system was replaced, and in the second phase we arranged for the excitation system to be replaced.

The new system has been designed to match the integration of the original technology and to retain the marking of the wiring part for subsequent technologies.

PCS 7 HAS A GREAT PROCESS LIBRARY

Thanks to redundancy, the control on the PCS 7 platform is much more reliable than the original system and protects the technology from failures, ensuring the stability of power generation and feed-in to the grid.

One of the advantages of the chosen solution is also the speed of software development thanks to the extensive process library available in PCS 7 for process automation. It is particularly appreciated by programmers, for whom it makes their work during development much easier and faster.

But it is also a great advantage for the end operator to have a standardised solution that is suitable for such long-term investments. 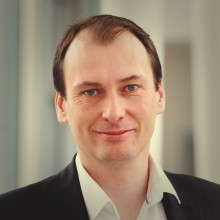 "B:TECH's requests for PCS 7 come with a well-thought-out design of the technical solution, and we then work with the project applicant to agree just the details. The company manages to maintain and develop know-how, which is reflected in the enquiries. When it comes to implementing projects, I often don't even know about them. Practically, there is no need for me, programmers rarely turn to me for advice. There are not many such companies. This also confirms to me that the B:TECH team has strong expertise in PCS 7, which they are constantly developing."

Our biggest reference in the field of water turbines.

WE HAVE KNOW-HOW FOR HYDRO POWER PLANTS

We have numerous references and an experienced team in the field of hydropower plant control. Are you more interested? Visit the page dedicated to this segment.

The commercial and preparatory phase of the project took place during the C-19 epidemic. The negotiation of the commercial part and the implementation remotely without the possibility to visit the site was a big challenge and brought some initial misunderstandings. We depended on electronic communication and video conferencing. Nevertheless, we managed to conclude the contract and the project could begin.

The assignment was particularly demanding in terms of logistics and technical support. We dealt with the purchase of technical units from the USA and their transport halfway around the planet. The installation work on the Khrami plant itself was carried out by our Georgian partner, and our colleagues took care of the engineering with the support of specialists from the USA.

Working on such complex projects requires teamwork and effective communication with our partners. Georgia surprised us not only with its hospitality and the warmth with which it welcomed our team. We have also understood how binding handshakes and traditions are for our partners, where you seal the deal with a joint feast.

Apart from the beautiful nature, it is above all the hospitality and friendliness of the locals that strikes you in Georgia. Georgia is famous for its wine and festivals. During the project, the colleagues lived right next to the power plant, which is about a two-hour drive from the capital Tbilisi, which basically never sleeps. The more difficult conditions on site were compensated by the hospitality and friendliness of the local colleagues.

After arriving in the country, the capital Tbilisi was the gateway for our team and our colleagues were able to enjoy it to the fullest thanks to non-stop traffic. 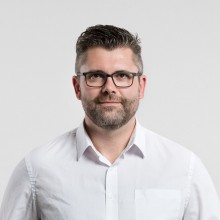 ARE YOU LOOKING FOR A PARTNER FOR YOUR PROJECTS?