PROGRAMMING AND MECHANICS TOGETHER REPRESENTED A NOVELTY; WE LOVE THE RESULT

“Sometimes, I completely lost myself while working. I got caught up so much that I lost track of time. I enjoyed it a lot, and the result made me happy,” Jakub Beránek, a young software engineer from B:TECH, looks back on the contract in the food industry. In Falkenhain, near Leipzig, “his” robot now helps produce cheese.

Our task for VPS Engineering, a manufacturer of machinery and equipment for the food, chemical, and pharmaceutical industries with a 65-year tradition, was to develop and test the concept of robotic production in a smaller food company. The custom robotic workplace here, as part of the cheese factory modernization, enables a significant increase in the production volume of cow and goat cheeses in small batches without strenuous human work.

A similar device of our customer has already been used in Slovakia. “In Falkenhain, we decided to implement a different type of robot. The goal was to use its material properties and resistance to the surrounding demanding environment and, at the same time, use the possible functionality for which we had the specifications and, thus, develop the whole concept,” Jakub Beránek, young, yet a very experienced member of the B:TECH team, and software engineer describes the initial situation.

At the beginning of the cheese-making process, milk is filled into containers with other necessary ingredients added to them. “The process of coagulation begins - it results in a matter, which is necessary to be worked on in some way at the right time. The matter obtains the required consistency; selected values ​​are measured, followed by processing with other technologies. These are the requirements that had to be met,” Jakub Beránek recapitulates the assignment.

“We taught the robot to go to the right tub and, for example, cut or mix the cheese-making matter. But it cannot taste it yet," says the technical leader of the robotics department smiling. The filling of containers with input raw materials and, conversely, the discharge of by-products were also addressed.

With each new project, our team gains new experience. “In this case, we worked on this thing from the first screw; we were in charge of the delivery of the robot, its gripper and especially the 12-meter track, and the travel on which the robot moves. Until now, I rather brought the technology to life, and now I have also done quite a lot of screwing,” Jakub keeps smiling. And for the first time, he met the robot Staübli, with which he had not yet worked. “It again taught me something. Just like any other project. It is us who teaches the robot what to do, but first, we have to learn to be the robot.”

Jakub Beránek is happy it was a nice job for which he had a good background. He did not even face any major issues. Except for one small thing, “The so-called harp, a specific instrument, a fan of fine sharp knives, is used to cut through the matter. It is not that easy to maintain and repair it. When we “managed” to damage it, it was not pleasant,” Jakub recalls. “Fortunately, the company we worked for had skillful and alerted maintenance guys. They planished the harp and brought it back in about two hours with absolutely no sign of damage.”

EIDAM IS NOT CAMEMBERT

A few weeks in a cheese factory, a software engineer learns several things from a completely different field. When the work on the project was coming to an end, he could already surely recognize the cheese factory products in stores. Of course, tasting in the factory is not possible, but he bought the samples in a branded store.

Prior to this contract, Jakub also worked in other European countries, such as Austria, Slovakia, and Romania. And because he started in the company many years ago as a part-time worker and intern, even at a young age, he can pass the experience to younger colleagues. “There is a good spirit of teamwork in the company. Everyone is trying to help, and I like that. I have always received support during solving projects, from senior staff, one learns much more, such as behavior on the construction site. Each type of industry has its own specifics, and our company operates across a wide range of businesses. These experiences are priceless.”

The robot in the cheese factory was a smaller project for B:TECH, but no less significant. “This is one of the first orders to include delivery, including the mechanical part. And when you have built it from the first screw, in the end, it is a very pleasant feeling to see the technology work,” adds Jakub. 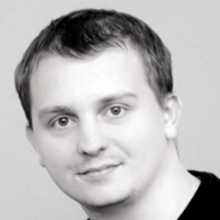 Jakub Beránek got to know the environment of B:TECH as a student on internships and part-time jobs. In 2015, the recently graduated electrical engineer for cybernetics, automation and measurement did not have think twice about the future employer. After all, he also worked on his diploma thesis in the company under the guidance of an experienced colleague, with whom he still works today. He started as a software engineer and thanks to his talent and hard work he grew very quickly into a technical leader in the robotics department.

“Until recently, we “only” brought robots into life, now we provide projects from the first screw. Programming and mechanics together, that is a challenge. Actually, I don not even know if it is more work or fun.”