Modernization of a dairy or cheese factory during operation? Production must come first!

The cooperation on the project for the Moravia Lacto dairy in Jihlava was a turning point for our activities in the dairy industry. And it started off a bit unconventional. Almost a rescue operation when we were invited to complete the pending integration of technology. Thanks to this order and due to our size and stability, we have become the preferred automation supplier for the entire INTERLACTO Group. It includes dairies in Jihlava, Opočno and Olešnice. We have also strengthened our cooperation with the company that supplied the technology and are now jointly implementing projects for dairies and cheese factories in Germany, and other countries.

The story of the Moravia Lacto dairy has found its continuation. In the next stages, we ensured the management of production technologies in the modernisation and expansion of production facilities. In 2015 and 2016, a new bottling plant and storage facilities were built. As part of the modernisation of the plant, a new filling line, conveyors, packaging equipment, a palletising robot, film, labelling and dispatch technology were put into operation. Our tasks in the first phase included the conversion of the CIP station, 5 tanks and smaller units, e.g. for milk automation. This happens during the operation of the entire production technology. The second phase of the project included the conversion of the pasteurisation plant and 6 tanks for special products.

"When you modernise, the production process comes first. It must not be stopped," says Petr Dobrovolný, a software specialist, in his account of the project in Jihlava. Recovery during operation is a really demanding discipline, not only for us as system integrators, but also for the dairy's operations staff. High hygiene standards apply in the dairy industry, which must also be maintained during conversions and modernisations.

The modernisation of the technology went smoothly. Finally, the biggest challenge was the integration of the filler and its alignment with the pump. The gear pump was used in this case because of its product friendliness. Because she doesn't whip it up during the filling. This pumping process meets the high quality requirements for the end product. During commissioning, however, it turned out that the pump was not fully compatible with the technology of the new filler and we had to solve it so that both parts could work together smoothly. The tricky part was matching the filler valve to the gear pump control. Maintaining the flow rate and controlling the level and pressure in the filler proved to be an important aspect for the proper control of the plant. Together with the manufacturer of the filling line, we looked for a solution and finally found it.

Not only in Jihlava, but also in other projects of this group, we have found a really well-coordinated team of suppliers. Representatives of the investor also played a role. Thanks to the partnership-based cooperation, it was always possible to quickly find a solution for all situations that arose during the mission and to efficiently drive the implementation forward.

"Good relationships played an important role," says Karel Tonar, head of the team that deals with process technology. He worked on the project as project manager. He locks up: "When I see yoghurt in a glass on the counter, I always choose Opočenský yoghurt. In the course of the cooperation, you will build a relationship with the products. You know how they were made and you just have confidence in them."

When asked how working in this segment has influenced his relationship with cheese, his colleague Petr Dobrovolný, a programmer who is one of our company's dairy technology management experts, answers as follows: "I like cheese, even the unripe one tastes good. I even like whey. The hygienic conditions during production and storage are at a maximum, the quality pressure is extraordinarily high. The products that go to the consumer are of a really high standard."

The beauty and shine of stainless steel: dairy technology is like a shop window

Technologies in the dairy industry are indeed the showcase of our work. Not only the stainless steel materials and the basalt floors used, but also the high hygiene standards that prevail in the industry make it a truly impressive visual experience, and colleagues are justifiably proud of their part in their integration.

The greatest satisfaction at the end of any project is, of course, a functioning technology and a satisfied customer. At the end of the demanding process of bringing technology to life, the story is just beginning. How well the technology works often depends on the downstream operating conditions. Easy operation and availability of all start conditions for the operator. Damage prevention and protection during commissioning of the technology. Only a test run verifies the work done during integration.

"When it comes to integration, it pays to listen to the operator and tell him all your expectations. And it also worked for me to make everything as simple as possible. For the operation and control of the technology, but also in terms of the software topology. To make it readable for other programmers. When you involve the people who then work with the technology, you always get a better result, smoother cooperation and satisfaction on all sides," says Petr Dobrovolný, who has been programming at B:TECH Dairy Technology for almost 10 years.

From Jihlava to other countries

In the course of our activities in this segment, several proven experts in design and software have emerged in our team, who have become preferred engineers due to their acquired technological know-how and are personally requested by customers for projects. 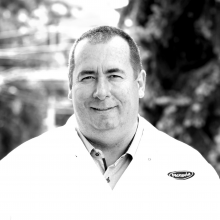 We asked Ing. Martin Hudík, the current director of the dairy, who was responsible for the management of the entire investment project during the project implementation alongside the Moravia Lacto dairy.

"B:TECH has been working with the Interlacto Group for a long time. It has been an established supplier for 20 years and cooperates with other dairies in our group. Long-term cooperation is based above all on the quality of the work performed. This is a supplier we can rely on. The cooperation is always professional and businesslike. Promises are kept. Problems that arise in the course of any project are addressed constructively. The cooperation with other companies in our supply chain also works extremely well. The introduction of automation and modernisation was also positively received by our employees in the company. They switched to more efficient equipment and were involved in the introduction. They had the opportunity to contribute their own views and were also familiarised with the technology during commissioning. The transition to the new facilities went all the more smoothly." Ing. Martin Hudík, Director of the Moravia Lacto dairy, Jihlava

The control and robotisation of production processes is not the end for us. For the food and dairy industry, we also offer automation and robotisation of logistics tasks, media and energy monitoring, scheduling systems and follow-up service. Thanks to our wide range of services, we offer a truly comprehensive service:

Controlling the technical safety of the buildings housing the production technologies not only affects the quality of the product in terms of physical production and storage conditions. The associated energy savings are also important. These not only affect price competitiveness, but are also related to corporate environmental responsibility, which is becoming an important issue in our country. We have proven experience in the management of these operating units (boiler rooms, cooling, air conditioning) and references at home and abroad.

Would you like to automate your operation or save energy costs?

Do you need maintenance or service for your technology? Contact us! 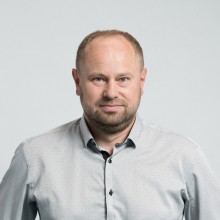