PLC SIEMENS programmer with knowledge of PCS7 | B:TECH
IN THE FIELD OF ENERGETICS AND LARGE PROCESS PROJECTS

WE WANT TO BUILD ON THE PCS7 PLATFORM, I AM LOOKING FOR A PERSON TO JOIN THE TEAM WHO HAS FOUND HIMSELF IN IT

Karel Tonar has been working in our team since 2012. He leads 3 implementation departments that focus on process automation. His team implements the largest process management projects, but also has experience in establishing new business areas such as hydropower, for which he is now looking for another expert to build PCS7 programming skills with him across process projects. Why is he looking for a specialist for the PCS7 platform? Who exactly is Karel Tonar, what does his career at B:TECH look like and what does he offer his future colleagues? Read more in our interview with him.

Karel, you are looking for a PCS7 specialist for your process automation team. Tell us more about it.

We have started the search for a PCS7 platform specialist who should focus on the hydropower sector, but not only on that. We work with several platforms in process engineering, but are now looking for someone who wants to train and develop on the PCS7 platform in the long term. We would welcome an experienced professional, but it can also be a junior programmer, say with 3 years experience, who wants to focus on this platform.  We want to build on this platform in the field of energetics and in large process applications. The implementation of projects led by experienced experts is part of the plan. We are also a certified Siemens partner for this area.

What is your business vision actually, how do you reflect the current market trends? What projects could such a colleague look forward to?

The PCS7 platform has proven itself in the market in various process control sectors such as energy, chemicals and hydropower. The way the manufacturer's product policy is set out is in line with our focus on larger process projects. We would like to build up really strong know-how in PCS7 company-wide so that we can offer our customers something special for these large projects. I am ready to invest in them on a systemic level. For the same reason, we have also focused on the functional safety that Petr Matoušek has taken over with us. He had to get trained and certified in America and gain a lot of experience. I could imagine that it will be similar in this area. Fortunately, there is enough training and opportunities within our projects to move forward quickly. I am looking for someone who is passionate and can transfer that passion to the team. Because this job simply has to be fun.

We now have projects in Georgia, Uzbekistan, Turkmenistan and Iraq. We are more or less targeting Central and Eastern Europe and Asia. We work with proven technology companies. Together we export these services mainly to the chemical, energy and water treatment markets. However, we also take care of the customers on the Czech market.

In Georgia, we are currently implementing a project to manage a hydropower plant. A business implementation mission was held there recently and colleagues brought a range of experiences with them. Can you give us some details about this project, just out of interest?

This is a conversion of an existing power plant that has 2 turbines. We are currently converting one of the parts with a capacity of about 55 MW. In the field of hydropower, it is our largest turbine to date. And it is also a project that is built on the PCS7 platform. We have received the order for another project thanks to a good reference in Georgia. My colleagues there have done an excellent job, and so despite the distance and the peculiarities of trade in the Corona period, we managed to get such an interesting project. The implementation is now underway and the construction looks great. It is interesting that the technical equipment of the entire power plant is hidden inside the rock. It can be reached through a 600 m long tunnel in the mountain.

What are the other process projects we are currently implementing on the PCS7 platform?

For example, the delivery of measurement and control technology including software for PCS7 for an Austrian company. It is about burner control for boilers. The destination is Indonesia. Interestingly, we are also supplying the safety part, including the functional safety, for this project. There is a growing interest in this service and I am glad that we have invested in certification and know-how. The cooperation with Petr Matoušek, a leading expert in this field, is also something that a potential new colleague can look forward to.

The analysis of functional safety also includes the analysis of cyber security. Which of these areas is most important from an industrial operations perspective?

This is a topical issue, especially for the future. At the level of industrial enterprises, as I said, it is only gradually reaching us. A number of installations are out of date, some have not been invested in for 20 years, and we are expecting a wave of modernization. We want to help manage them on a modern platform, also taking into account functional safety requirements. 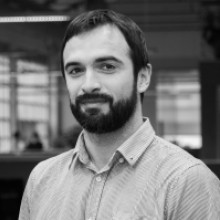 Karel Tonar comes from Havlíčková Borová. He graduated from the Industrial School in Pardubice and then from the Technical University in Brno in the fields of low-current electrical engineering and microelectronics. After graduating, he joined B:TECH as an order preparation technician and later worked as a project manager. Since 2017, he has been head of three implementation departments focusing on process automation, primarily in the energy, oil and gas, heating, water treatment and food industries. In his spare time, he enjoys sports and building his family home.

Karel, bring yourself closer to those who are interested in working together. What were your beginnings with us like?

From school straight into the job of order preparer. That was in 2012. After about one and a half years, I rose quite quickly to project manager. The year 2012, when I started, was the year when the new structure of B:TECH took shape. I started on Monday and went to Slovakia with a colleague on Tuesday to take on two assignments in the field of biogas plants.  And now I've been in charge of the process automation department for 4 years.

So it was, as they say, long story short. When you look back, which projects have influenced you the most, which encounters have led you into this role?

The projects I remember most were definitely the first biogas plants, it was a baptism of fire. I worked on them with Vojta Včela, our current technical director who was responsible for the software at the time. Working with him has helped me a lot. Vojta already had experience at that time and helped me a lot. That's the good thing about B:TECH: No matter who you turn to, no matter what your problem is, there are many people here who can help you. And then there was a huge milestone on my way in B:TECH Export project in Mexico. Unrivalled. This project has just opened my eyes.

This project was our first pure export project. To implement this, we established a branch office in Mexico, and you played a major role in this. If I remember correctly, they renamed you "Mr. BTECH" at the construction site. How did you cope with so much responsibility?

That was a great challenge and opportunity for me. Fortunately, we already had experience with a technologically similar job here in Poland, so we didn't go completely into the unknown. What was new was above all the experience with export as such and then also with Mexico as a location. We have managed to build an excellent team. We still meet with the team from Mexico today. We had experienced a lot together. The whole team pulled together, whether I was there or not.

Normally the electricians are last in line, but because we got off to a good start for the whole build, we quickly gained confidence and got into a position where we could basically pull the build ahead of us. Our communication has always been open and transparent, which has given us a say on inspection days and the opportunity to significantly influence the way things are done.

This project has also been followed a lot internally, it's been about seven years now, and it still resonates within the company. What else would you mention? Today you already lead 3 implementation departments, a relatively large team. How does this role suit you?

The team is already quite large and spread across 3 departments and a number of projects. I'm starting to miss the closer contact with specialists, designers and programmers. That is one of the things I am working on now, to maintain and deepen my personal contact with them. I used to lead projects myself, and it was quite natural. Nowadays, I work a lot in business and also in human resources. I expected to take care of the business more, but times are difficult and the people in the team need a lot of psychological and human support.

What do you really expect from your employees? What kind of people are you looking for in your team?

I expect independence, responsibility and teamwork. I need people in my team whom I can trust. With me, it usually takes longer for someone to gain my trust, but when my colleagues have it, I give them a lot of space again. I don't want to deal with trivialities that can be solved with common sense.  Trust is essential for me. I am very proud of the fact that when I make a promise to someone, I have to keep it. I also think that sometimes we have to argue at work. But the argument must be constructive and move us forward. Different opinions and perspectives are simply useful, and it is best to sort them out right away.  There is no point in letting things simmer under the bonnet. I have an open ear for everyone and help where I can. In return, I expect responsibility, independence, openness and fairness.

Let's take another look at the team. Process automation is one of the biggest teams in our company. It is also one of the teams with the lowest turnover. It has a strong projection and software team led by Pavel Vraspír. It is something of an icon in the software development industry and legendary among our clients. What do you appreciate about your existing colleagues, what can new colleagues count on?

The team is diverse, each of the colleagues is their own, each has a slightly different working style. But that's probably a good thing. They focus mainly on projects. The people in my team are honest and hardworking. When it comes to breaking bread, they can be incredibly tough. They do their work on the construction sites in such a way that they can wear their name with pride. They will not let each other down. I really appreciate that. Discussions are always possible, together we look for solutions. 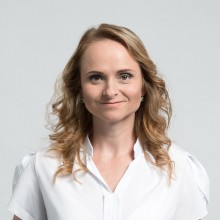 HAVE YOU FOUND YOURSELF AGAIN IN PCS7 AND WOULD LIKE TO IMPLEMENT PROJECTS WITH US IN THE AREA OF PROCESS AUTOMATION AND EXPAND THIS AREA IN OUR COMPANY? CONTACT US!